For their final case, argued on Oct. 22, 2020, students negotiated the validity of a sales agreement for a horse, Beautiful Pegasus, after he was stolen from the farm where he was being cared for prior to delivery. Teams had to identify who would be held liable for the theft, and they advocated for a full reimbursement or specific performance.

“Despite the challenges that a virtual competition brings, students put their creativity to the test and vigorously advocated for their clients,” says 3L Frances M. Rivera Reyes, BSK ADR Negotiation Competition Director. “Without a doubt, we have some incredibly talented advocates in our school.”

Final judges were The Hon. Joanne F. Alper ’72, a retired judge for the Circuit Court of the Seventh Circuit of Virginia; James L. Sonneborn, of Bousquet Holstein PLLC; and Brian Butler L’96, a managing member for Bond, Schoeneck & King PLLC. 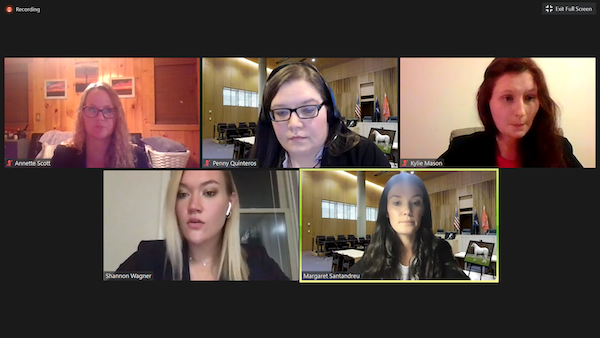